Valentines – Celebrate Your Love with Food 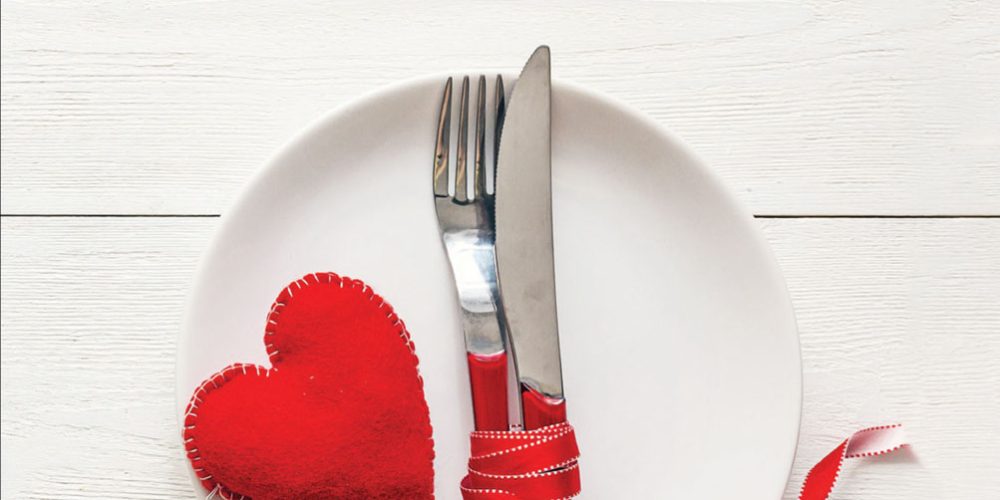 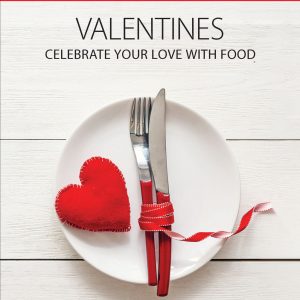 Valentines Day is an opportunity for loved ones to exchange gifts, flowers and, of course, go out for romantic meals.

All this is due to one person, St. Valentine, but how much do you know about the saint and the tradition of Valentines Day? Here is a brief run down on what you may need to know dating right back to Roman times.

WHO IS ST. VALENTINE?
In actual fact, very little is known about the man himself other than he dates back to Roman times when the tradition of Valentine’s Day began. There are at least three saints recognised by the Catholic Church called Valentine or Valentinus, all of whom went on to become martyrs. One story, and the one that most attribute to the real beginnings of the celebrations relates to a priest who was executed by Emperor Claudius II. He believed that single men made better soldiers so, therefore, banned younger men from marrying.

ORIGINS OF VALENTINE’S DAY
The general consensus is that this was a Pagan festival that was celebrated in February to ‘celebrate’ Valentine’s death believed to have been on 14th February. The Christian church made it a feast and this is why so many people go out for a meal on Valentine’s Day as it is something of a tradition. The connection with romance originated in the UK and France, it was believed to be the start of the birds mating season and the day has remained the same since around 1400’s.

TYPICAL GREETINGS
In the 17th century, it was common for lovers to exchange small gifts as a show of their affection towards one another. They were accompanied by hand-written notes, by the start of the 20th century, these had started to be replaced by printed cards. These days, most people celebrate with flowers, chocolates and by going out for a romantic meal to celebrate their love for each other.

VALENTINE’S DAY IN PATTAYA
Of course, Pattaya is often a place that is closely associated with couples so it is hardly surprising that it is celebrated in the city. The ladies often receive flowers along with, in many cases, gold along with going out for a meal. Many of the hotels are offering packages to encourage people to stay a little longer and see just what the city has to offer. Naturally, the hotels will be offering romantic meals but there are plenty of other places that you can eat.

What better way to show your love for your other half than a romantic meal at one of the following rooftop dining venues. The new Sky 32 at Grande Centre Point, next to terminal 21 on North Pattaya Road, or along Pattaya Beach Road, the Sky Restaurant at Siam@Siam hotel or the Horizon at the Hilton on the 34th floor. The Ruffino Lounge at Centara Phratumnak offers a wonderful sunset view from their rooftop, and further south is DIB at D Varee on Jomtien Beach.

Alternatively, you could choose to dine on the beach at popular venues like the Glasshouse, Cafe Del Mar or Bacco Beach, all very close to each other in Na Jomtien, or one of the five star hotels such as Centara Grand Mirage or the Pullman located on Wongamat Beach offering romantic set menus.

A few other notable mentions would be Cabbages & Condoms, Caprice at Royal Cliff Hotel, or The Sky Gallery, all are located in Phratumnak. For fine dining, Cafe des Amis is off Thappraya Road, Mantra on Beach Road, in Wongamat you could choose Surf & Turf or the Breeze Beach Club.

These are just a few potentially romantic venues if you are planning to impress a loved one but there are so many places to choose from that we simply could not list them all. There really are some superb options when it comes to enjoying a romantic meal in Pattaya and you definitely won’t be disappointed. There is something for everyone’s budget and everyone’s taste just make sure that you book early to avoid disappointment.