Salad – a Healthy Option in a Hot Climate 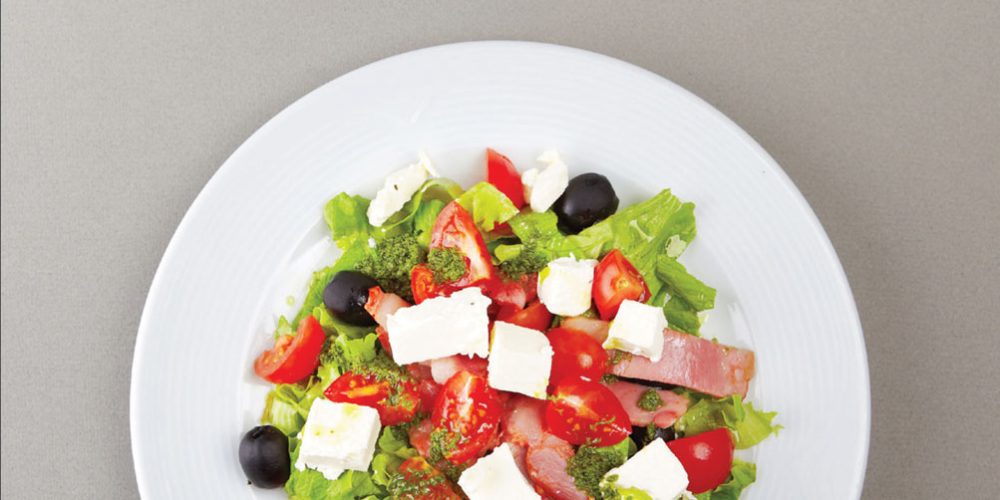 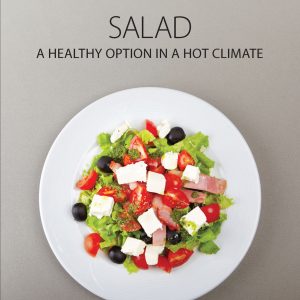 Salad is a healthy food option that appeals to people from different cultures and can take many forms.

It can be an appetiser, side dish or even a main meal. They often contain green leafy vegetables such as lettuce, kale or spinach along with a wide selection of meats, cheeses or beans. Almost any ingredient can be included to enhance the taste to your particular liking. Most salads are topped with some form of salad dressing which is most commonly a mixture of oil, vinegar and herbs. Alternatives use fermented milk such as kefir depending on the country of origin. There are so many choices available, it makes the salad very versatile.

History of Salad
The name salad derives itself from the French term “salade” and has formed part of the English language since the 14th century although during this time, it was often spelt “sallet”. Salads were common with the Ancient Greeks and Romans and were often seasoned with brine and oil and it is thought that they were referred to in Latin as “salata” which means salty.

Types of Salad
There are numerous types of salad available with different cultures having their own particular slant. Here are some of the most common ones that you will find in restaurants in and around Pattaya.

GREEN SALAD
The green salad is probably the best known and is often referred to as the “house salad” in restaurants around the world. Typically, it will include Romaine lettuce and (red) onion. More often than not, other ingredients will be added such as carrot, cabbage, kale and radishes. This is a simple salad with many twists and can be topped with a variety of different dressings.

CAESAR SALAD
This is another salad that is very well known and again includes Romaine lettuce but also croutons. It is the sauce that sets this aside and is made from mayonnaise, garlic, Dijon mustard and Worcestershire sauce amongst other things. The salad is topped with Parmesan cheese. One twist on this is the Chicken Caesar Salad that includes chicken breast or fillets topped in the same manner.

GREEK SALAD
Greek Salad can be found in restaurants around the world and again includes Romaine lettuce, red onion, olives and feta cheese with tomato and bell peppers frequently added for additional colour. This is typically topped with lemon juice, olive oil, oregano and black pepper. Again, like all the other salads, you can add your own twist.

WALDORF SALAD
This is usually served as an appetiser with the main ingredients being walnuts, apples, celery, grapes all mixed together with mayonnaise. Of course, other ingredients can be added and it could be a light main meal.

TUNA SALAD
A tuna salad is exactly as it says on the tin! It is most frequently a variation on the green salad only with a tin of tuna added. The tuna can be mixed mayonnaise and sweet corn if so desired and is a popular dish around the world.

DESSERT SALADS
There are, of course, some dessert salads although these tend to be a variation on the fruit salad which is essentially a salad made from fruit! These are frequently topped with syrup or cream to give added flavour.

Types of Dressing
There are again numerous variations here but the most common are probably:

FRENCH DRESSING
This is a typical oil-vinegar dressing and is traditionally a combination of shallots, olive oil, red or white vinegar, Dijon mustard, along with salt and pepper. It has evolved with some people also adding tomato paste.

ITALIAN DRESSING
This is very similar to the French variation but also includes garlic, lemon juice, finely chopped red peppers instead of shallots, and parsley and oregano.