Oh My Borscht – Our Guide to Russian Food in Pattaya 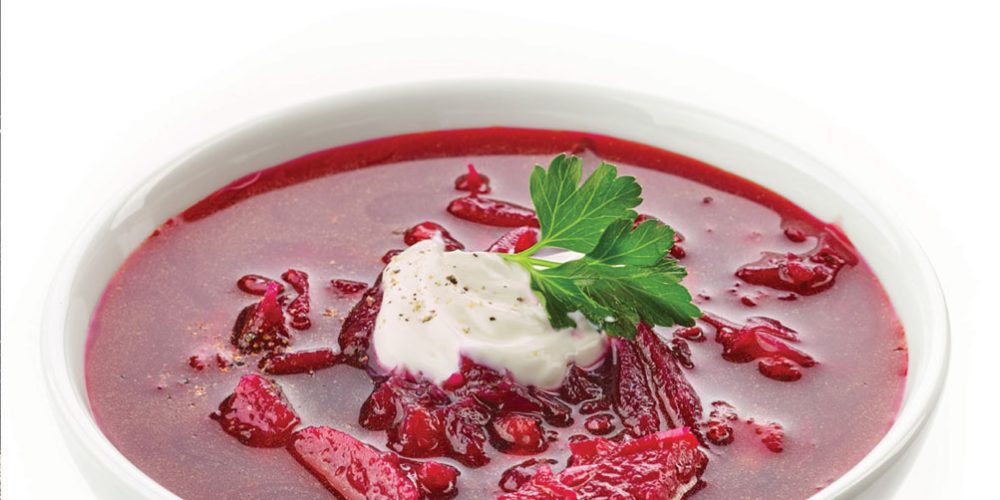 With the World Cup being held in Russia this month, it seems only right that we look into the options that are available when it comes to Russian food in Pattaya.

As you would imagine, there are lots of Russian restaurants in the city stretching from Naklua in the north to Na Jomtien in the south. The problem for most of us when it comes to Russian food is that we don’t really know what to order. We may have some crazy pre-conceived ideas about the cuisine that is more akin to the Soviet era rather than what is available nowadays.

So, we thought that we would give you a little guide to the top 10 Russian dishes that you could order at one of the many restaurants around the city.

01 BORSCH / BORSCHT
This is probably one of the dishes that we have all heard of, and features on the Eating Out Guide front cover. A red soup often made from beets and cabbage, some variations include potato, herbs and meats. It is usually served with either rye bread or in more modern times, garlic bread. This is a staple of Russian cuisine and one that you will be able to find in almost every restaurant.

02 RUSSIAN PANCAKES
It seems that every country’s cuisine has a take on pancakes in one form or another and indeed Russia is no different. Blini, as they are known, can be sweet or savoury and are typically served with smoked salmon, mushrooms, jams or condensed milk. This is another of the popular dishes that you will see almost everywhere.

03 SMOKED SALMON  OR SALTED HERRING
Marinated or salted fish plays an important part in Russian food although smoked salmon and salted herring or shuba are perhaps the most common. They can be served with pancakes, vegetables or simply with mayonnaise.

04 RUSSIAN SALAD
This has made its way onto the ‘international cuisine’ scene and usually consists of cucumber, crisp pickles, potato, peas, egg and mayonnaise. Muscovites will probably know this as Olivier Salad so you may see it on menus under this name.

05 SHASHLIK
As the name may suggest, shashlik are very similar to shish kebabs and can be made from meats or fish so there is sure to be an option that you will like. They are usually served with unleavened bread and pickles and are very popular, especially when taken fresh from a barbeque.

06 RUSSIAN DUMPLINGS
Russian dumplings tend to pack more herbs than what you may be used to and are usually filled with lamb, pork or beef. You can eat them in a broth.

07 PIROZHKI
Similar to dumplings they also include extra ingredients such as potato or vegetables and are often served as an appetiser.

08 HONEYCAKE
Also known as medovik, these honeycakes are a mixture of thin layers of honey spongecake and sour cream. Somewhat different but a popular dessert.

09 STROGANOFF
Another of the international dishes although the ‘proper’ version often contains game. This dish needs little introduction as most will be familiar with it!

10 MUSHROOM JULIENNE
This tastes like stroganoff but without the meat! This is an ideal choice for vegetarians with just mushrooms topped with sour cream and cheese.

So why not try some of the above dishes at any Russian restaurant in Pattaya.