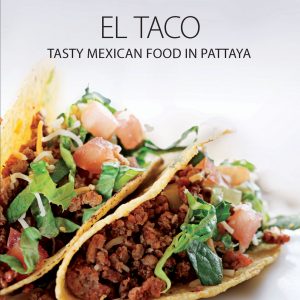 When you think of Mexican food, you probably think of enchiladas, quesadillas, guacamole and, of course, Tacos.

HISTORY OF THE TACO
Although tacos are a mainstay of Mexican food these days that hasn’t always been the case. They appear to date back to around the mid-19th Century and Mexican silver mines. The original was called “taco de minero” which means miner’s tacos. The term taco relates to the paper that the miners would put around explosives in the mines. The original shells used were soft and paper-like – hence the name, nothing like the harder shells that we see today.

The food was introduced to other areas of Mexico by the working classes connected to the mining industry that had enjoyed this hearty, easy to eat dish. The dish became more internationally recognised in the early 20th century when the food was sold by migrants in the US as street food. The tacos had hard shells as many of the basic ingredients were different from what was available in Mexico. It really became popular once Taco Bell took the dish around the US. The dish is now one of the most popular both in Mexico and around the world.

COMMON INGREDIENTS
The crisp-fried corn tortillas are the modern version that we all recognise today. They will include a filling that is usually meat-based such as beef, chicken and sometimes pork cooked with chilli. Seafood and can used on occasions although that is less common. Vegetables such as peppers, lettuce and onion will also be added along with the customary cheddar cheese. The toppings or sauces are usually sour cream, guacamole and spicy tomato salsa. Fresh coriander is used as a garnish and adds some flavour.

PREPARATION
Assuming that you have purchased the taco shells, the preparation process is very easy. Firstly, you can make your salsa sauce. For this, you need a can of plum tomatoes. Drain off some of the sauce and set aside. Blitz garlic and chillies (ideal Jalapeno chillies) to taste in a food processor. Roughly chop one onion and coriander and add to the food processor along with the tomatoes. Add the juice of one or two limes and a pinch of salt. Blend until your desired consistency.

Next, cook your meat in a skillet until brown – usually around 8-10 minutes. Drain off excess fat and put the salsa in a pan, bring to the boil and stir for 5 minutes. Place in a serving bowl and heat tacos as directed. Serve with vegetables, cheese and sauces.

WHY IS MEXICAN SO POPULAR?
Mexican food is wholesome and packed with flavours. It can be as spicy or as mild as you wish. As most of the ingredients are fresh and no sugar is added with a little salt so it is also fairly healthy. Tacos are easy to prepare and can be eaten as finger food or as a main meal. Other Mexican main meals are tasty and easy to prepare which adds to their appeal.

ARE TACOS UNIVERSALLY THE SAME?
Alas, Mexican does vary in taste due to the availability of the ingredients but retains much of the same taste as the more modern, hard-shelled tacos. Family recipes that are passed down through the generations will also be slightly different but you would still recognise the dish. The skill of the cook also plays a role but if the ingredients are the same, it won’t be far off!

PLACES TO EAT IN PATTAYA
There are a few Mexican restaurants in Pattaya where you will be able to pick up your favourite tacos. Perhaps the best known are Tequila Reef Cantina and Mike’s Tex Mex Restaurant. Taco Taco and Comfort by Harlan also serve excellent Mexican food that is cooked more in a US-style. Taco House in East Pattaya on Siam Country Club Road is very popular with local expats. There are other options throughout Pattaya so you are sure to have some near you.