Ring of Fire – the Hottest Fire Displays Around 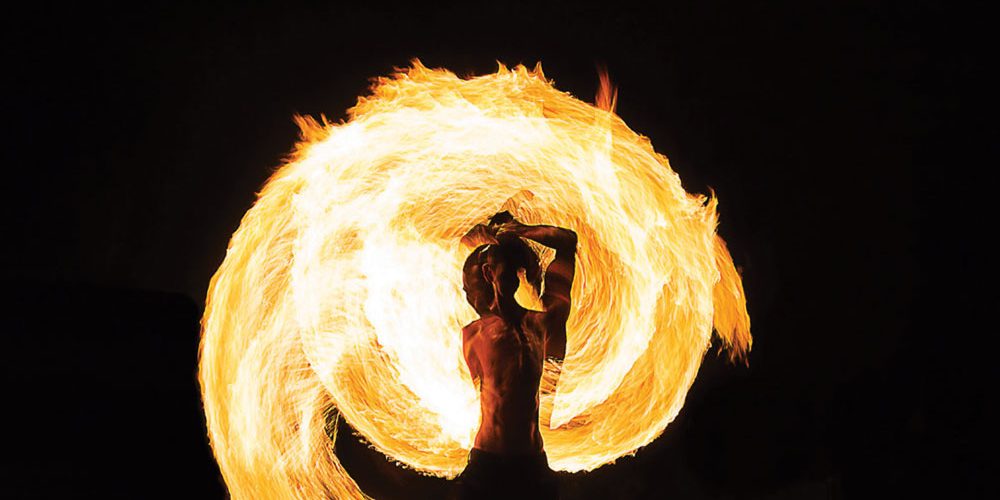 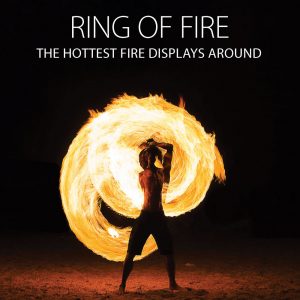 Fire displays started life as being an entertainment show that formed part of the famous Full Moon Parties that initially started on the beach at Haad-Rin in Koh Phangan.

The parties took place, not surprisingly on the night of, or before or after the full moon. They are believed to have begun life back in 1983 when a group of around 20-30 travellers organised a party amongst themselves to celebrate the full moon. Over time, these parties have swelled in sized with anywhere between 5,000 and 30,000 people expected to attend any one party.

TYPES OF FIRE DISPLAY
There are lots of different elements to a fire show so you can expect to see fire eaters, spinning that, of course, involves chains or sticks with flames at one end, juggling of various item including burning batons, the throwing of fire which is certainly very impressive both for children and big children alike and various events where audience participation is expected. People are encouraged to join in, which may be seen by many as being unwise depending on levels of sensibility or as others might put it, common sense!

One of the features that people frequently join in with is the fire rope. This became a feature of the fire shows around 20 years ago and essentially involves a skipping rope that is set on fire. The rope is controlled by 4 people who are familiar with the stunt and encourage members of the public to join in ‘skipping’. The rope will gradually get quicker and quicker, the speed of which will be determined by the ‘skilled’ operators controlling the rope. Reassuringly, buckets of sand are close at hand should something go wrong.

Other events that require audience participation and the ring of fire, a slightly safer way of jumping through fire and fire limbo which involves contestants doing the limbo under a burning pole that would give health and safety officers a coronary in other parts of the world. There’s no actual need to join in yourself so don’t feel obliged to but it does add to the experience and could be something to tick off your bucket list or tell the grandchildren in years to come.

WHERE TO FIND A FIRE SHOW NEAR PATTAYA
Such has been the success of the fire parties in Koh Phangan they have begun to take place on other days and other islands at dates separate from the Full Moon parties. The islands of Koh Samet and Koh Chang which are within easy travelling distance of Pattaya host daily shows. The shows, although have their own take, follow a similar theme based around encouraging members of the public to join in with the performances although thankfully, they do seem to take participants welfare into greater account.

The more local events are very much family orientated and organised in conjunction with the major restaurants. The shows start at the same time which makes it far easier to make plans, something that is very important if you have a young family. Arriving early is certainly advisable as you will get the better vantage points which helps to keep everyone interested. Kids are amazed with the fire shows and the Thai guys that perform the show are very experienced – it’s a real crowd pleaser. After the show has finished, it’s customary to leave a tip.

The fire party of Koh Chang appears to have rapidly grown in popularity as has the island itself. You stay either at Paddy’s Palms or The White Elephant, both at White Sands beach. This is a popular resort style town on the island that has quickly become sort of a mini Pattaya although on a more moderate level and enjoys a close association with partying. However, there are still a number of quiet and largely unspoilt spots on the island that you can enjoy if the purpose of your trip was to get away from the neon lights.