Hot Shot – The English Premier League is Back 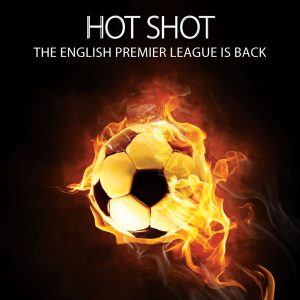 The Premier League returns on Saturday 10 August at 2am.

The first game is between European Champions, Liverpool and new boys Norwich City. With such an early start the game will be best viewed at night establishments such as i-Rovers in LK Metro, Retox Lengkee, or Retox Gameon on Soi Honey. With interest building, we look at the clubs that will challenge for the title, Europe and who will be looking to stave off relegation.

THE TITLE CONTENDERS
It seems hard to look beyond Manchester City and Liverpool who were head and shoulders above the rest last season. The glut of games towards the end of the season had little impact with both sides going on impressive winning streaks towards the end of the season. Both sides have few new additions that look likely to challenge the first team, but with the quality that they possess in squads and the highly regarded youngsters coming through this is likely to have little impact.

EUROPE
It really is the “Big 6” now with Tottenham, Chelsea, Arsenal and Manchester United all serious contenders for the Champions League places. The challenge for the other European places will probably be fought between the clubs that have invested or retained places in the summer such as Leicester City, Wolves and Everton although there are usually some surprise packages and Burnley did a couple of years ago.

RELEGATION
The clubs coming up from the Championship will always take time to adjust to their new surroundings although all no doubt believe that they back where they belong. Aston Villa and Sheffield United have invested heavily although so did Fulham last season but they couldn’t avoid an instant return. Norwich have also improved but not to the same degree.

Newcastle have experience another pre-season of upheaval with the departure of Rafa Benitez and the underwhelming Steve Bruce taking his place. Brighton and Hove Albion looked relegation-threatened last season with Chris Hughton being replaced by Graham Potter over the summer. They may struggle again, especially with a new style of play. Southampton seem to be lacking harmony behind the scenes although they finished strongly last season they haven’t improved much on last season.

FOOTBALL INPATTAYA
The coverage of the EPL in Thailand in excellent and that is certainly the case here in Pattaya. Many bars have a wide selection of TVs such as the Retox bars around Soi Buakhao and, Retox Outback in East Pattaya. This means that there are no arguments about which games are shown with a large amount of EFL games also being shown. Other options in East Pattaya are Fletcher’s Folly, the Booze Lounge, Sunny’s Sport’s Bar, Murphy’s and the Loft Pub & Resort.

In Pattaya, you have places such as the Sportsman on Soi 13 Beach Road, Hemingway’s is a superb option in Jomtien with plenty of screens showing various games. Wherever you are in Pattaya, you won’t be far from live footy.

SUPPORTING YOUR TEAM
We all love to get behind our teams and wearing your team’s colours in a bar is seen as the ‘norm’. Most of the girls working in bars love football and would be happy to join in with your celebrations. However, just remember even though you are in Pattaya, Thailand is a relatively conservative country so over the top celebrations may be frowned upon. Be sporting, just as you would in other countries and remember that most people will have been drinking. Also, consider families so try and moderate your language. Finally, enjoy the games and good luck to your team whoever they may be or whichever league they play in.

View all posts by Matt →
Widget Area  |  Info: There are no widgets in selected area, add some please.