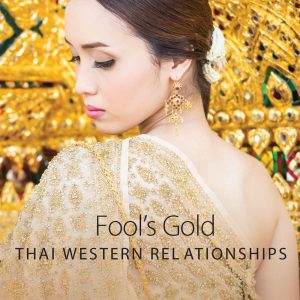 For many western males visiting Thailand for the first time, the sheer abundance of beautiful women can be overwhelming.

While the country itself weaves its undeniable magic on the individual, a large number are tempted to try to actually live and work here, hopefully find the girl of their dreams and settle down.

Generally these men, upon returning home find the idea takes a stronger hold in their mind and the idea of having an exotic, oriental wife becomes ever more appealing, and many choose to act on this life-changing decision, leaving behind their family and friends and the relative safety of their job for a life of adventure and new experiences in a tropical country.

For those that are considering such a momentous decision, there are many things to bear in mind, especially concerning the potential culture shock that they may experience when moving here. With regard to relationships, some men return here to follow up on a brief encounter they have had with a girl they met in a bar. It really is common sense that if you are looking for romance a ‘girly bar’ is not really the best place to look.

Though it is true that many western men have met and settled down (generally quite happily) with a bar girl they are far outnumbered by those who have had their hearts and bank accounts broken, tricked into buying property or businesses for their ‘adoring’ partner and family, only to find out that she has a Thai husband in Issan that they have been unwittingly supporting, to economic hardship, especially girls from the vast Issan region.

It is a situation that the Thai government is earnestly trying to tackle, but when a girl can make as much money in one night than in a month toiling under a scorching sun in the rice fields for a month, the temptation remains.

It is easy to understand why a tourist would follow this route. A bar girl is generally one of the first encounters many western men have with a Thai woman and they latch on to the first pretty face they meet. As mentioned, these relationships can sometimes work out happily, but it is important to remember that these girls inevitably have some ‘baggage’ attached and that the old cliché of ‘you can take the girl out of the bar but you can’t take the bar out of the girl is too often true. It is important to approach the situation with your eyes wide open. A far more rewarding relationship is possible with a Thai woman that has a ‘normal’ job, such as an office worker, hotel employee and so on. They are generally receptive to a sincere approach from a western male and appreciate being treated with respect and kindness. They have a great deal to offer in return.

Contrary to what many westerners perceive, Thai women are not meek, subservient partners. As the country has undergone massive economic development, they have grown in confidence concerning both themselves and in their abilities. There are far more women in Thailand running major businesses, in government positions and executives than in the West. For example, how many female bank managers have you encounter in the UK or the US? In Thailand, it is commonplace.

In other cases, the girl has many foreign ‘boyfriends’ that stay with her when they visit Thailand and act as her sponsors sending her money regularly so that she doesn’t have to work in the bar, each unaware of the others. This should really come as no surprise, as after all this is essentially her business and she needs to make as much money as possible while her looks last to support herself and her family.

WHAT DOES A THAI WOMAN LOOK FOR IN A PARTNER?

Much like their western counterparts they appreciate a man of sincerity, financial security, responsibility and faithfulness (an area in which some Thai men are perceived to be lacking).

A relationship with a Thai woman would generally start with perhaps a dinner date, where she will probably have a chaperone, either a friend or family member. Thai women are still expected to remain a virgin until they are married, so the partnership takes time and trust must be gained. One very important point to bear in mind is that showing physical affection in public, especially kissing, is frowned upon in Thai society and attempting this will greatly embarrass your Thai girlfriend.

Another difference that you will encounter is that there will be considerably more interaction with her family than you would expect in a western relationship. Thai families are very close and elderly parents often live with their children. An important aspect for your partner is that you show respect to her parents.

Generally speaking when socializing with her family or friends you will be expected to pay for restaurant bills, entertainment etc. (unless there is a person of ‘higher status’ present) Thais dislike stinginess and it is regarded almost as a duty for someone with money to provide (especially concerning food) for those with little.