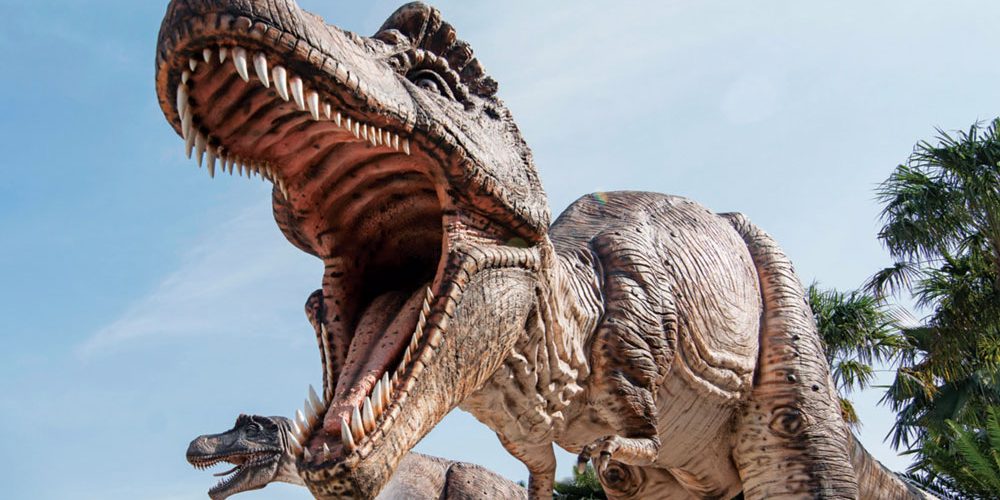 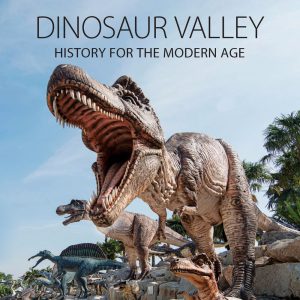 Regardless of where in the world you brought up, there will always be some sort of fascination with dinosaurs.

As children, we learnt about them in school and as we grew up we became increasingly interested with films such as Jurassic Park only acting to stoke this interest. There must be something about these creatures, perhaps that their fossils are still being found, that means that we are always wanting to discover more and share the interest with our children.

Dinosaurs were part of the reptile group and roamed the earth between 243 and 233 million years ago in a period that was known as the Triassic period. It is believed that they became extinct about 201 million years ago after becoming the dominant terrestrial vertebrates. It is now accepted that their extinction was caused by a huge asteroid that hit earth causing massive environmental changes that shaped the earth that we know today.

When we think of these creatures we think or bipedal (2 legged) and quadrupedal (4 legged) animals but there were, of course, those that avian varieties. The dinosaurs were, on the whole, huge with the largest sauropod dinosaurs reaching lengths of almost 40metres and heights of around 18 metres. However, the smaller species such as Xixianykus were thought to be only around 50cm long and would be seen as far less intimidating.

It was around the start of the 1800s when dinosaur skeletons started to be found around the world. Many of these skeletons became mounted in museums with many people believing that they were mythical creatures the same as dragons. However, as our knowledge and education improved it became an overall acceptance that these creatures, did in, fact roam the earth and indeed they are now frequently studied in schools around the world.

The best-known dinosaurs are those that we often the ones that are seen in the movies with the Tyrannosaurus Rex probably being the most famous.

The name means “tyrant lizard king” in Greek which probably why they are favourites amongst children. The Brachiosaurus is another dinosaur that has frequently appeared in films and is often regarded as a better-natured creature but maybe this was due to one sneezing on Arianna Richards in Jurassic Park!

The Brontosaurus, now referred to as the Apatosaurus, is one that as kids we grew up loving. Many of us had plastic models that we would play with and keep ourselves amused for hours – much to our parent’s relief. The pterodactyl is the large bird-like creature that again we are probably all familiar with. However, technically this wasn’t actually a dinosaur but a pterosaur but that doesn’t dampen the interest especially amongst children.

Here in Thailand, dinosaur fossils have been found in the north-east of the country with several found in Kalasin and Khon Kaen provinces amongst other areas of Isaan. Here in Pattaya, no actual fossils have been found although the city is now renowned for having some very old dinosaurs that roam the streets, particularly at night! Indeed, perhaps Pattaya is the only place where these dinosaurs can be frequently seen and accepted in the modern world.

Although we joke, Nong Nooch Tropical Gardens have recently had some dinosaur exhibits on show that have been used not as a tourist attraction but as a way of educating children. The garden known as Dinosaur Valley has won lots of acclaim since recently opening as is expected to be a far bigger success than some other similar attractions that haven’t really got off the ground. In fact, Thailand seems to be actively jumping on the bandwagon with regards to dinosaurs and is perhaps hoping to generate the interest that is shown in other regions.

Pattaya has many attractions that we all love and perhaps the dinosaurs are ready to add themselves to the list!